Episode 4: How to Make a Spaceship

How do you jumpstart the private spaceflight industry? Passion, commitment, bold risk-taking, some inspiration from Charles Lindbergh, and a little luck. On today's show, we hear from Peter Diamandis, whose XPRIZE Foundation launched the competition that gave us the first private manned spaceflight—and paved the way for Virgin Galactic, SpaceX, Blue Origin, and his own Planetary Resources, among others—along with the prize-winning pilot, Brian Binnie, and the writer Julian Guthrie, who chronicled their stories along with those of the other teams from around the world inspired by this unprecedented challenge. Also on this episode: convincing Arthur C. Clarke to buy your college friends dinner and a nearly disastrous incident with a mother-in-law and a cup of coffee.

Photos from the Event: 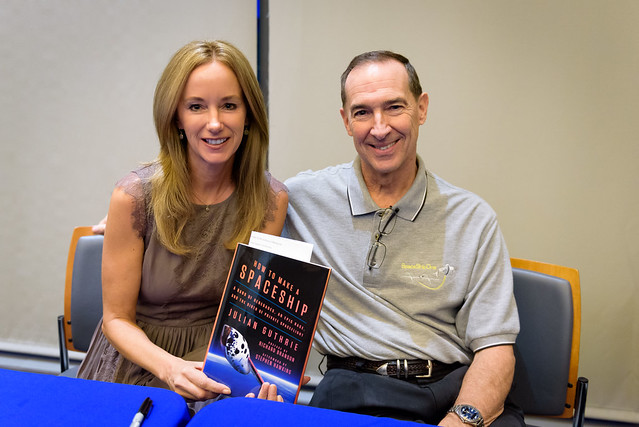 Julian Guthrie's book How to Make a Spaceship: A Band of Renegades, an Epic Race, and the Birth of Private Spaceflight
Peter Diamandis’s books Bold: How to Go Big, Create Wealth, and Impact the World and Abundance: The Future is Better than You Think
The Arthur C. Clarke Center for Human Imagination on Facebook and Twitter